Apple today announced that the redesigned Apple Sanlitun store is opening for customers. Apple Sanlitun, located in the Taikoo Li Sanlitun mall in Beijing, was Apple’s first store in China.

The original store opened up in 2008, but Apple is replacing it with a new flagship store that’s been under construction for several months. The updated store is adjacent to the original store, but it’s twice the size. 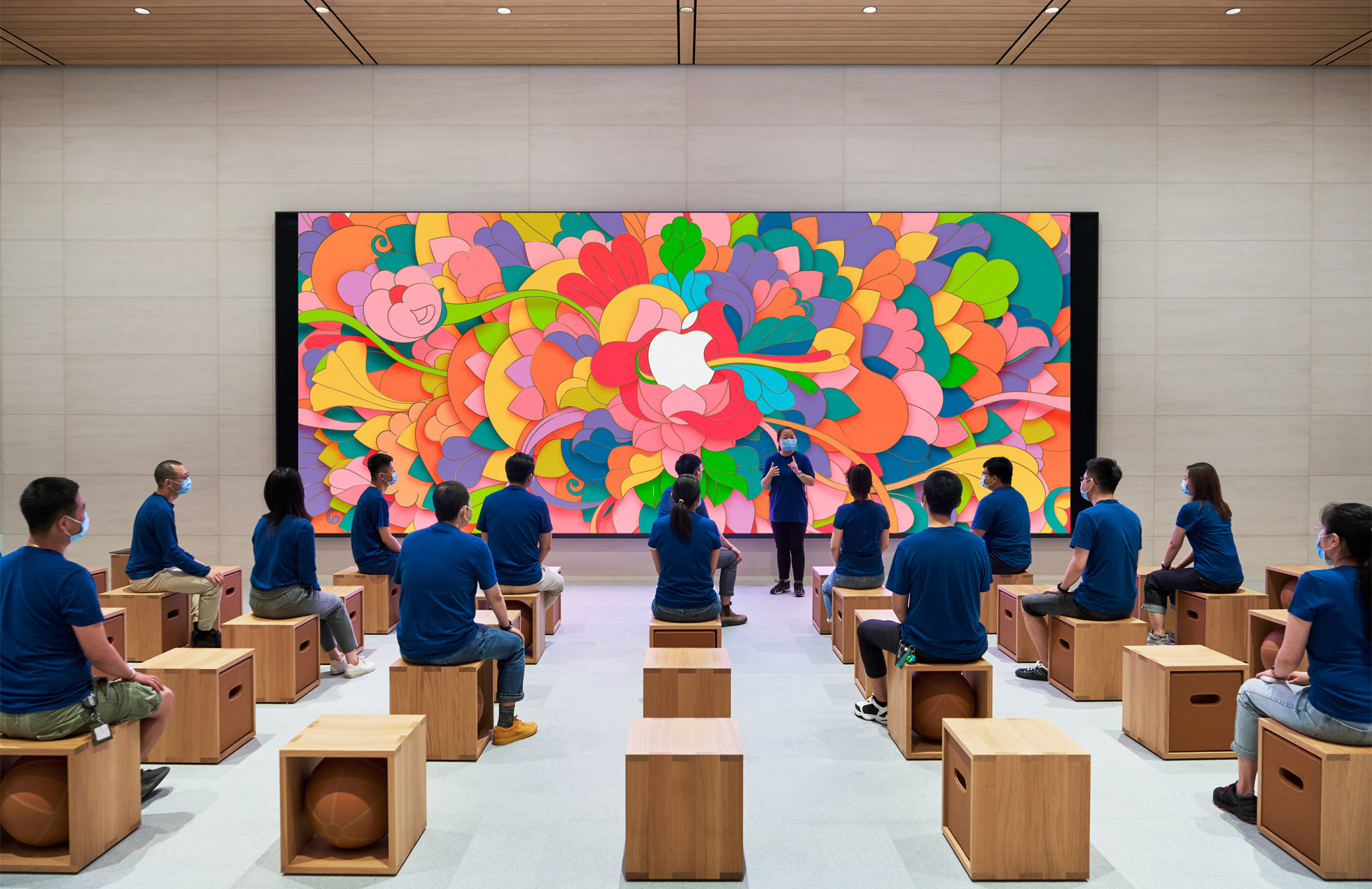 According to Apple, the redesigned store features many of the modern updates that Apple has been bringing to its retail locations, such as a Forum for Today at Apple sessions, a Viewing Gallery that overlooks the outdoor square, and a Boardroom where local businesses and entrepreneurs can get advice. 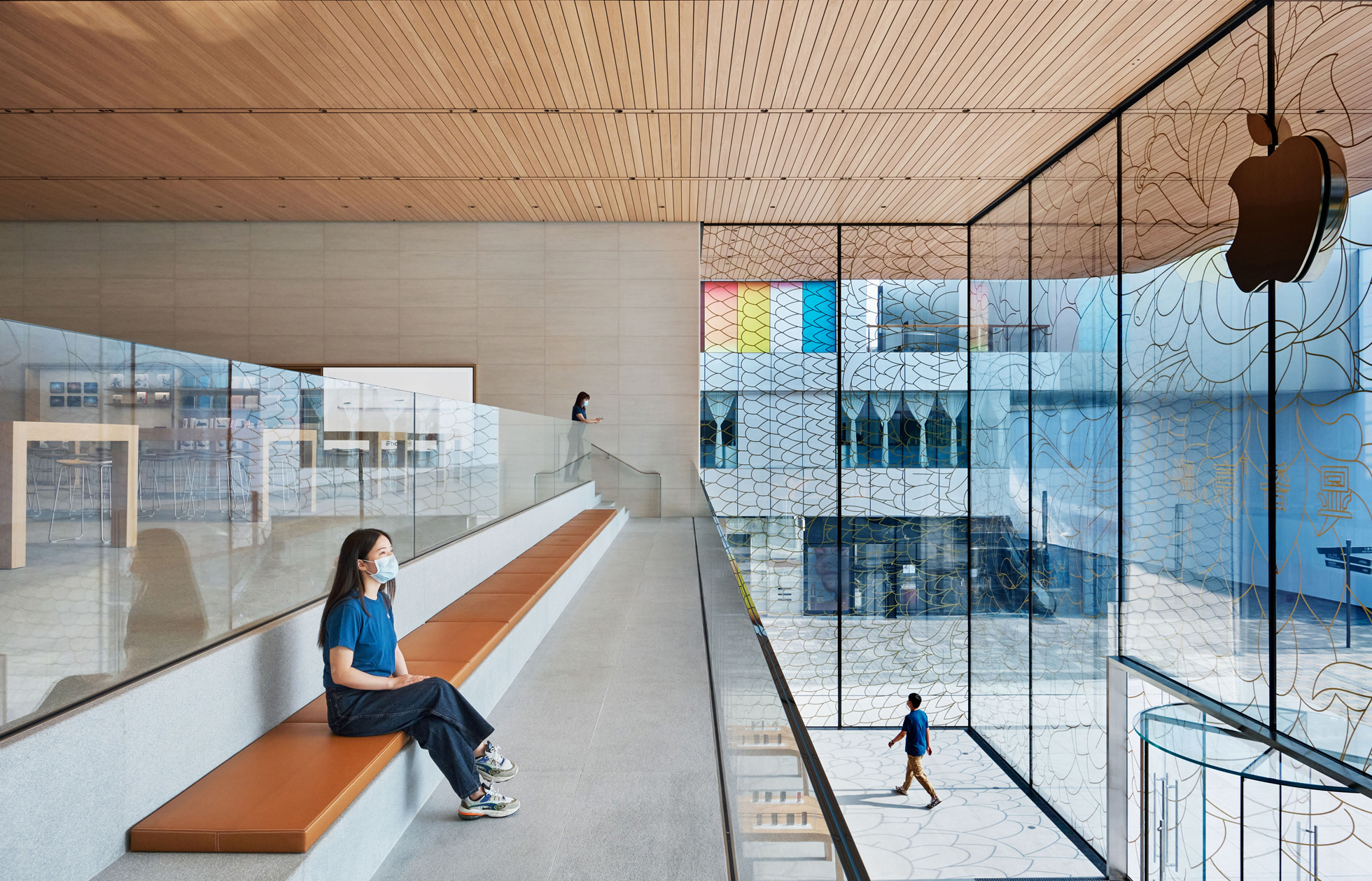 “This store sets a new standard for Apple Retail in China and we’re thrilled to build on our history in Beijing,” said Deirdre O’Brien, Apple’s senior vice president of Retail + People. “We look forward to operating Apple Sanlitun, and all of our stores around the world, with the health and safety of our customers and teams as our top priority.”

There are 33-foot glass panels at the front of the store, signature staircases on both sides, Padang Light stone flooring sourced from the Shandong province, and Sophora japonica trees, which are the official tree of Beijing.

Apple Sanlitun features Apple’s first integrated solar array built into a retail store in China, and it allows the location to run on renewable energy like the rest of Apple’s facilities worldwide. 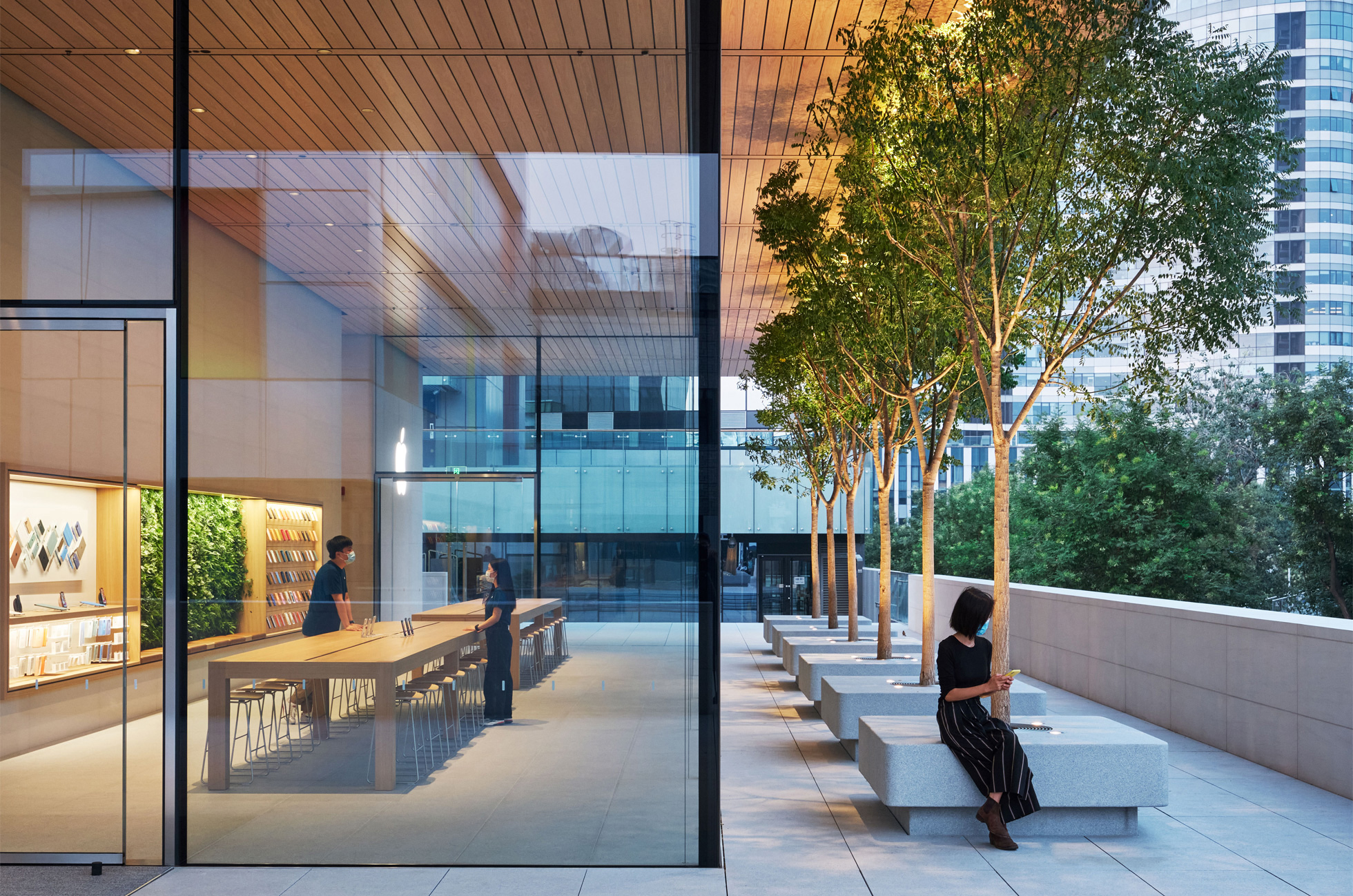 Apple Sanlitun is opening at 10:00 a.m. CST, and Apple is implementing safety measures like temperature checks, social distancing, and masks.