iOS 14: How to Send an Audio Message Using Siri

You are here:
How-Tos

In iOS 14, Apple pared down the Siri interface so that it no longer takes over the whole of your iPhone‘s screen when you issue a voice command or query. Instead, a small ‌Siri‌ orb pops up at the bottom of the screen without obscuring what you’re looking at.

It’s not just the interface that’s been improved, though. ‌Siri‌ also picked up several new features, one of which is the ability to record and send audio messages to contacts.

When you send an audio message using the audio interface in the Messages app, the record audio option only appears when the intended recipient is an iMessage user. But ‌Siri‌ can also send audio messages to Android phones. The following steps show you how it’s done. 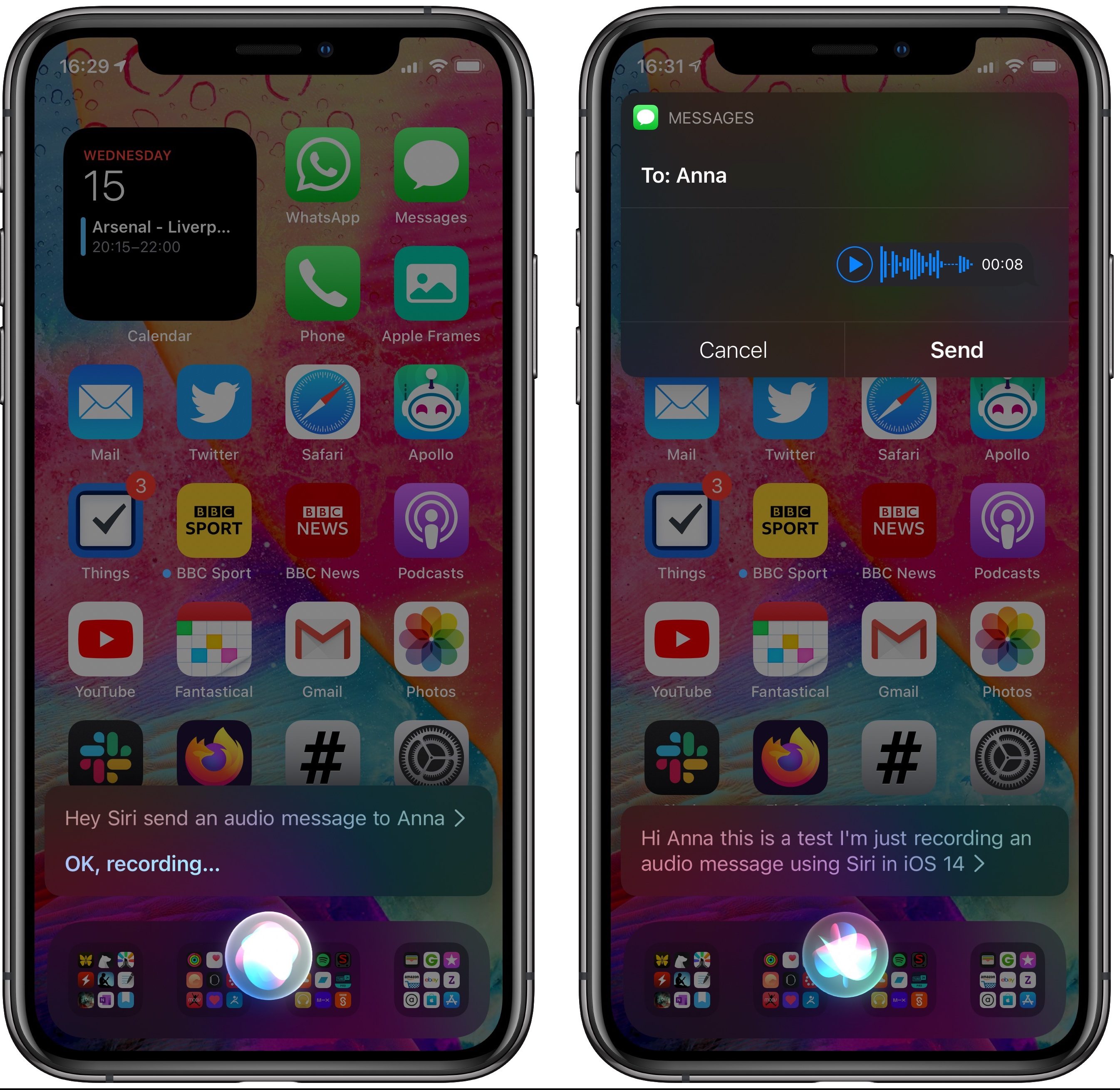 If you open the Messages app, you should see the recording show up in a conversation thread, indicating it’s been sent.

Note that audio messages are automatically deleted after a couple of minutes unless they’re saved, but you can change this default behavior and keep them permanently: In the Settings app, select Messages -> Expire -> Never.

For more details on ‌iOS 14‌’s new compact interface and communication features, be sure to check out our iOS 14 roundup.

This article, “iOS 14: How to Send an Audio Message Using Siri” first appeared on MacRumors.com

How to Create a Widget Stack in iOS 14
July 14, 2020
News & events
Top rated products
Any questions? Contact us!
Go to Top